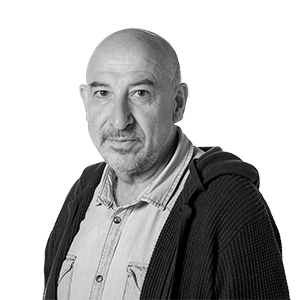 There is already an airport regulation document (DORA) for 2022-2026, since the central government has not waited to transfer airports to Catalonia to decide the investments – and it does not include the expansion of El Prat airport. This, nevertheless, does not make a low-cost expansion impossible. That is, not spending a little over €300m to extend the short runway over La Ricarda lagoon (a minor part, by the way, of the famous €1.7bn).

The main problem is the current configuration of runways, and that regular takeoff of aircraft on the long runway (07L-25R) is not allowed. This has two effects. First, it limits capacity to 78 flights per hour, which causes congestion at peak hours. Especially in connecting and business traffic, but without substantially affecting tourism (how much nonsense we have had to hear about the expansion and tourism!).

Secondly, it entails operational limitations for large aircraft operating long-haul flights, and therefore harms Catalonia's connectivity. Improving it would not necessarily mean the appearance of an airline hub (since hubs are created by airlines, not by infrastructure). To hub or not to hub is not the question! But infrastructure limitations do entail limits; and so does overall connectivity.

There has always been a low-cost alternative to expand the airport that would allow an increase from 78 to 90 operations per hour and improve the operation of long-haul flights: allowing regular takeoffs on the current long runway.

This would have an acoustic impact on the neighbourhoods south of the airport (Gavà Mar and, less so, Platja de Castelldefels), but the noise would still be below the sonic curve of 65 decibels (reference measurement), according to Professor Francesc Robusté. This reform could be accompanied by actions by Spanish airport infrastructure company Aena to improve acoustic insulation of affected houses. This has already been done in other cases: between 2000 and 2020, 12,197 properties were insulated in the area around Madrid-Barajas, with an investment of €170m.

The low-cost expansion makes action on La Ricarda dispensable (whatever its value), but it has been stridently absent from the debate and institutional and political proposals; it has only emerged on social networks and on rare occasions in the media. Aena never raised it, because the instructions from the central government are very clear: no regular takeoffs on the long runway. Red line.

Low-cost extension makes action on La Ricarda dispensable, but it has been stridently absent from the debate

The exclusion of this alternative cannot be understood without considering political economy factors. In terms of socio-economic characteristics, Gavà Mar and Platja de Castelldefels neighbourhoods are among the top five neighbourhoods with the highest per capita income in Catalonia, alongside the centre of Sant Cugat, the north of Esplugues de Llobregat and the Barcelona trident formed by Les Corts, Les Tres Torres and Pedralbes. It is well known that socioeconomic status is positively associated with political influence, since areas with more income have more effective ways and more resources to make their voice heard and exert influence. Therefore, they are more successful in seeing their preferences translated into public policy. This is one of the imperfections of governance processes.

In the electoral field, Gavà Mar and Platja de Castelldefels are the scene of fierce competition. Republican Left of Catalonia (ERC) obtained the most votes in the general elections in November 2019 (the last with the biggest turnout) in all the census sections in the area, closely followed by the Catalan Socialists' Party (PSC), which even came in joint first in a Gavà Mar section. And in the area as a whole, En Comú/Podemos came in third. And in the last municipal elections, the most important elections for the PSC, the socialist vote increased a lot in Gavà Mar as they won back – by only one councillor – overall control of Gavà.

It is inevitable to take into account the capacity of economic and social influence of resident communities and electoral competition in the areas of Gavà Mar and Platja de Castelldefels (and its councils) to understand that the institutions, political parties (and also the subsidised associative fabric, needless to say!) this (both economically and environmentally) low-cost alternative for the expansion has been so radically neglected.

It is understandable that the Socialists prioritise their electoral interests in the Baix Llobregat area (Catalan socialism's heartland) to the Catalan economy and the welfare of Catalans, with its red line: "Either over La Ricarda or not at all". First things first. That Podemos/En Comú haven't said a word (while approving the airport plan in Madrid, that is) apart from proposing the suppression of flights that no longer exist is not surprising: it was expected. Now, the negligence of the Catalan government and the parties that are part of it in this matter is remarkable. Is electoral competition the only explanation? Or is it so that the most affluent areas are not touched?

Because have no doubt: if the long runway of El Prat airport pointed towards humble neighbourhoods in the metropolitan area (or any other urban area in Catalonia), aeroplanes would have started using it regularly long ago, and there would have been no need for a high-cost (both financially and environmentally) expansion proposal. And remember: the low cost option is still viable.