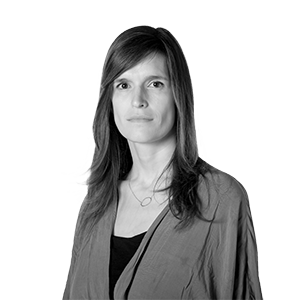 Barcelona will not be able to offer a municipal dentist at low cost for all its citizens. So says the court ruling published earlier this month, following the appeal lodged by the Catalan Association of Dentists and Stomatologists (COEC), states that it is not of municipal competence, but the Generalitat's. Fortunately, the City Council can maintain the dental services it currently offers for vulnerable groups. And the thing is that if we want to know the degree of poverty in a society there is nothing easier than to look at the state of their oral health.

Teeth are one of the most visible elements of poverty. And Spain is one of the EU states where public dental coverage is most limited. Most countries cover an important part of the expenditure on oral health, which in our country reaches almost €500 per family per year. It is a measure that appeared in the coalition agreement between PSOE and Unidas Podemos, but has been losing strength when it comes to implementing it. It should not surprise us, therefore, that according to Barcelona's latest health survey, not even a third of citizens from the most disadvantaged social classes have been to the dentist in the last year, mainly for economic reasons. On the other hand, more than half of those belonging to a more privileged social class had done so. And the vast majority of all these visits were in the private sector.

A poor person is twice as likely to have cavities as a rich person. This is not only due to the fact that they go to the dentist less often, but also due to the effects that diet and other habits have on dental health. And, at the same time, oral infections are also related to other physical and mental pathologies, so ensuring oral health is to improve quality of life in many aspects.

Children and teenagers are key to guaranteeing a society with better oral health. For this reason several regions offer public coverage programmes for children. At the end of last year the Catalan Parliament passed the law of public oral health care, which aims to expand services covered publicly. The aim is to cover not only children under 14 and those in vulnerable situations, but also, eventually, the whole population. But until this law is implemented, several initiatives have tried to support those who need dental care and cannot afford it.

We must implement the law on public oral health care which has already been approved, and ensure that no one in Catalonia stops going to the dentist because they can't afford it

Ada Colau's city council has opened two free dentist services for people at risk of social exclusion, who are referred by social services. Also, and together with the Hospital Sant Joan de Déu, it attends to vulnerable children and the homeless. These are, without a doubt, necessary and essential actions for those who need it most. In fact, the Pere Tarrés Foundation carried out a pilot study that revealed that 66% of the children in a situation of socioeconomic vulnerability in different centres in Barcelona had dental problems that required treatment. Treatment which, at an average cost of €82 per child, could not be taken on by their families. That is why the Foundation pays for it.

In the incipient legislature, in which President Aragonès has committed himself to social justice, oral health care for Catalan citizens should be one of the first priorities. We must implement the law on public oral health care that has already been approved, and guarantee that no one in Catalonia stops going to the dentist because they cannot afford it. There are many alternatives, and they surely involve a combination of measures, such as public provision of some services, social pricing of others and subsidies for vulnerable groups. But social inequality in oral health is not only avoidable, it is unacceptable. Achieving social justice will require more than just "shaking up the country" - it will require a dental check-up too.

Elena Costas is an economist and co-founder of KSNet

Angus Deaton, Amartya Sen and Joseph Stiglitz, among the thirty Economics Nobel prize winners who sign a letter in support of Mas-Colell

"Catalonia, Catalans, we love you": Pedro Sánchez's speech in 10 quotes

Aragonès demands the State to put an end to all repression: "It is the time to return to politics"

Sánchez pardons nine political prisoners: "It is the best decision for Catalonia and Spain"

The new generation that rhymes in Catalan

Coca de Sant Joan, how to prepare the best one? Recipe from the pastry chef Èric Ortuño, of L' Atelier

Barcelona: Stopping the city from throwing you out