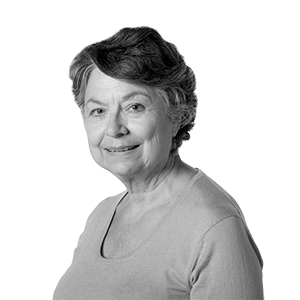 The decision to expand Barcelona airport is a perfect example of the values defended by a mentality anchored in the past. Of a neoliberal model that corresponds to the collective needs of a certain moment in history, but is incapable of evolving to adapt to the needs demanded by the present. As always happens, the socially and economically dominant sectors do not want anything to change, because the established situation is favourable to them. At the most, they stick to the principle of "let everything change so that nothing changes", that is to say, to a verbal camouflage that adopts new expressions, in order to appear modern, but that hides old intentions. It is obviously a matter of keeping the party going, so that no one tries to spoil our business.

Let us follow, for a moment, the logic that has led us here. In the pre-bourgeois stage, the aristocracy was the master of everything and did not want anything to change. It blocked, among other things, any scientific advance, for fear of losing power. The bourgeois revolutions, in their various forms, opened up an immense potential; the intensive exploitation of land, industry, individual freedom to invent, to innovate, to earn money; and this allowed, with struggles and difficulties, certainly, an increase in the standard of living of the population. "Let me get rich, because that way it will be better for all of us. And if you hinder me, we all lose". Hence the success, the idea of progress. A mentality that entailed the possibility of exploiting much more natural resources, including human resources; of killing the animals that bothered us, diverting rivers at will or cutting down forests. Everything was progressive, because it implied at the same time more welfare, a growth of population and a lengthening of human life.

However, processes cannot always go in a linear direction, and it is necessary to know when it is necessary to change course. Liberal and neo-liberal action and mentality, as the power of human construction and destruction has increased, have become a major danger. Attempts have been made to deny natural disasters, the disappearance of species and therefore the decrease in diversity, the negative effects of pollution on health. The old argument is still used: whoever opposes change is a retrograde; they oppose progress. A progress that now destroys more than it contributes: at the end of July we have already consumed worldwide all the resources that nature can renew this year, so we are heading towards an absolute impoverishment.

If we want Barcelona and Catalonia to be places of reference for tomorrow, we must invent a peaceful, green, cultured, healthy, diverse country where people live well

This overexploitation of resources that we are witnessing does not benefit everyone equally, obviously. The accumulation of wealth in a few hands, on a global scale, is accelerating in a brutal way. But a big part of the population is complicit, because they have managed to have a car, go on holiday, send their daughter to university. It seems that all this is becoming more difficult, with the economic crises, but then an even more powerful argument is used: in the face of the scarcity of work, the mirage of job creation! If tomorrow someone proposed to cut down all the trees in Catalonia and give jobs to everyone, many people would probably applaud. Even if we knew that, a year later, there would be no one left to explain it.

We need to change the model now, and we are well aware of it. But it is difficult, and even more so when those who should be setting an example are stubbornly sticking to the past. We need to restrict the use of cars, and in many cities around the world we are trying to do so, amidst criticism from people who believe they have the right to use their cars wherever they want, no matter what. But how can this restriction be called for when, all of a sudden, governments are planning to send much more brutal pollution into the atmosphere, the pollution caused by aviation? We must manage tourism in such a way that Barcelona is a city for those of us who live here, not a theme park, but how can we do this when increasing the number of tourists to 20 million more is proposed? We need to diversify the city's production, rebuild certain industries, not rely on visitors who, as we have seen, can disappear at any moment. But why do we want changes if we can still squeeze the goose that lays the golden eggs even further?

And the other usual argument: we have to be competitive, to be among the most glamorous cities in the world. Big cities full of pollution are no longer attractive, especially if we can work from home. Already in the eighties we saw that, when faced with the alternative of living in the centre or in the suburbs, most people preferred to move away. The competition to be more polluted, more uncomfortable and more stressful has to be left behind. If we want Barcelona and Catalonia to be places of reference for tomorrow, we must invent a country that is calm, green, cultured, healthy, diverse, where people live well. This will be the new scenario of excellence, the new progressivism, if we can push back the powerful claw of a capital that never has enough.