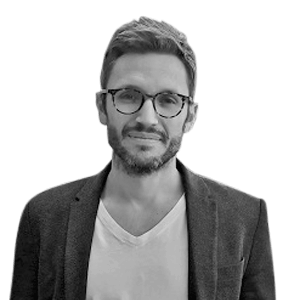 Elites seem to be losing their heads over degrowth. They are the ones however that they are out of step with reality, and out of step with recent scientific developments. Degrowth is a well-established scientific position, which has bee discussed at length in several major international reports, including by the UN Intergovernmental Panel on Climate Change (IPCC) and the UN panel on biodiversity. Scientists argue that degrowth in high-income nations is necessary if we are going to stop biodiversity loss and decarbonize the economy fast enough to stay under 1.5 degrees, as per the Paris Agreement.

Degrowth is quite simple. The first step is we should abandon perpetual growth as an objective for our society, for our government, and for our companies. We are often told to think of growth as a synonym for social progress, but in fact it has nothing to do with progress. Growth is defined very narrowly: it is the process of increasing industrial production – producing more stuff, at an exponential rate – as measured in terms of market prices.

Our economy does not do a very good job. Production in Spain is extremely high. And yet nonetheless the economy fails to meet many basic human needs ”

When it comes to human well-being and social outcomes, it’s not aggregate production that matters. What matters is what we are producing (healthcare or tear gas?), whether people have access to essential goods and services (like houses and nutritious food) and how income is distributed (does it go to the rich, or to ordinary people who need it?). That’s it. It’s not rocket science.

By this metric, our economy does not do a very good job. Production in Spain is extremely high. The economy uses 24 tons of materials per person per year, which is four times over the sustainable level – among the highest in the world. The land is desecrated as a result. And yet nonetheless the economy fails to meet many basic human needs. It is, in this sense, deeply inefficient. Why? Because production is organized primarily around increasing corporate profits, rather than around what is required for human well-being.

Degrowth scholarship argues that, given the urgency of the ecological crisis, we should stop producing things we don’t really need, and focus on ensuring that everyone has access to what we really do need. In other words, we should shift to an eco-social economy. This would dramatically reduce energy use and resource use, and bring our economy back to sustainable levels. Total production would decline, but social outcomes would improve.

As for the energy crisis, degrowth deals with this directly ”

Right now we face several terrible economic crises, all at once: the unemployment crisis, the cost-of-living crisis, and the energy crisis. On the one hand, governments want to solve the unemployment crisis by growing the economy, but this is ecologically dangerous. On the other hand, they want to solve inflation by cutting wages, but this inflicts terrible social harm. Existing ideas are incapable of solving one problem without exacerbating others.

We don’t need growth to solve the unemployment crisis. Instead we can shorten the working week, and share existing work more evenly. We can also introduce a public job guarantee, to ensure that anyone who wants to can participate in the most important collective projects of our generation: building renewable energy capacity, expanding public transit, insulating homes, regenerating ecosystems. This approach would permanently abolish unemployment, and organize the economy around producing what we really need.

To solve the cost-of-living crisis, we don’t need to cut people’s wages. Instead, we need to establish universal public services. Healthcare and education are already free public goods in Spain. We should expand this to include a right to affordable housing, and free public transit, and free quotas of energy and water for every household, sufficient to meet essential needs. This approach directly reduces the cost of living. Universal public services are inherently deflationary.

As for the energy crisis, degrowth deals with this directly. By reducing less-necessary forms of production (SUVs, private jets, private cars, advertising, industrial meat, single-use packaging, planned obsolescence) we can reduce energy demand in our economy. That would also have the effect of reducing energy prices and controlling inflation.

We can build a more just and more ecological economy, capable of solving the multiple crises that we face. But it requires that we abandon the outdated idea of growth-at-all-costs and focus on human well-being instead.