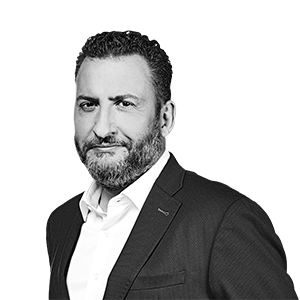 RIDICULE The epidemiological situation in Catalonia - with all its derivatives: welfare, schooling, socioeconomic - is no worse, and in some respects even better, than in Spain as a whole. But what the Catalan government does, or the local councils do, is of no use; because the idea that this country of ours is ungovernable and does not deserve even the misery of autonomy is well-established. All we have to do is to listen to the people of order, with the choral support of those who quote Tarradellas every day: "In politics you can do anything but make a fool of yourself". A quote that in the Spanish case is sadly true: the episode of Quim Torra's banner, for some, is more scandalous than the fact that the Electoral Board dismissed him, not caring about what the electoral vote wanted. For a certain Catalonia, ridicule cannot be tolerated, but the hijacking of democracy is tolerable. This is how it is.

GUILTY If we start apportioning blame for the painful political situation in Catalonia, we will never end. The blunders of Junts and ERC in the Government, the lack of institutional sense, the lack of coordination; well, let's criticise them. Let us also criticise the empty rhetoric of the CUP, which has not exactly been very useful. And the inflammatory and irresponsible speeches of Ciudadanos. Or are the economic consequences of the pandemic also the fault of the Generalitat, which neither has money nor can go out to seek it in the markets? Everyone has arguments to vote for whoever, or to vote against whoever, because the situation is terrible and the prospects are scary, even though you only have to look at the international press to see that governments are suffering a lot everywhere. We can shout porco governo as many times as it takes. But this won't solve our basic problem.

IMPUNITY What is it, our basic problem? It is not only that the Constitution prevents us from deciding, and that it endorses assimilative policies. It is that the doses of autonomy and democracy derived from the Constitution itself are hijacked by justice: we are governed by a Statute that has not been voted for. Our laws are systematically challenged by courts with expired mandates. Our elected leaders are either in prison or in exile. Their replacements are hunted down like rabbits by the state's judicial apparatus. I'm not just talking about Quim Torra. I'm also talking about Bernat Solé, the Minister in charge of organizing the elections (!!), who has just been disqualified for not preventing the October 1st referendum when he was a mayor. This happens, what a coincidence, the same week that the High Court prevents the electoral postponement -suggested by the health community, and agreed by all parties- with the excuse of "institutional instability". That is to say: those who destabilize us force us to go and vote because there is instability. The power of the gowns has reached such a level of impunity that I would be tempted to talk about a breakdown of the constitutional system... if it were not for the fact that this operation, I am afraid, is not only judicial, but is also protected by the other powers of the State, and by the political parties that can take advantage of the elections. Above all, for obvious reasons, the PSOE and the PSC. That is why the Illa effect is not only a clever move, but the spearhead of a much more sophisticated state operation than the 2017 baton strikes. Of course, everything will be scrupulously legal: remember that the unity of Spain is source of law. That is why there is no need to worry; here, one only worries about not making a fool of oneself.

Toni Soler is a journalist and television producer