"Still single?": Prejudice weighs down on women without partners

Despite advances towards equality, the stigma and social pressure to fit into the traditional family model persists

Barcelona"Single", "spinster", "it's going to be too late", "how come you still don't have a partner?". These and many other comments are still heard by single women today. Although they sound old and creaky, it is a reality for many of these women who live without a partner. Through their decision, they defy a secular and heteropatriarchal tradition that has made us believe women had to get married (to a man, obviously) and have children to feel fulfilled.

"The social pressure is still very strong, you feel it in everyday moments, when you go to the butcher's or meet a neighbour, and also at Christmas lunch with the comments of a relative," says Paula, 44, who prefers not to reveal her surname. She has found it hard to accept her situation, but now she tries to live it with a positive attitude. "We were brought up with the idea of romantic love. We grew up dreaming of Prince Charming and, as much as I know this is a lie, it still acts as a heavy weight. And when you see that most of your friends are married and have children, you feel like a bit of a freak", she confesses. Even so, she is happy and has a fullfilled life. "I do what I want, I have a job I like, I enjoy friends, family and sporadic relationships, because right now I don't want anything else", she says. But the journey of acceptance she has made so far has not been easy, and society still makes life difficult for her: "They often see you as a failure because you haven't managed to have a partner or start a family", she says.

To reflect on this issue, Núria Viladomat has just published the book Solteres i encantades. Sobre l'estigma de la solteria femenina i com esquivar-lo [Single and happy. About how to avoid the stigma around single women]. "The book is not a crusade in favour of singleness and against the couple -the author makes it clear-, but an attempt to dignify the state of singleness". And she, who is single and has done a lot of research on the subject, explains that she still sees "a lot of drama, a lot of despair and a lot of worry about not having a partner". "In short, there are few satisfied single women," she says, and she hopes that with this book she can help improve this situation. "Right now, on a theoretical level we all know that we don't need a man to be happy, but on a practical level it's very different. We still have the same conception of 50 years ago, and if we are not with a man is that we lack something of vital importance".

In contrast, Viladomat explains that men "live singleness in a much more relaxed way because they don't have the social pressure to have a partner". "It's not something that gives meaning to their lives, and they don't have the urgency of motherhood", she adds. In her book, she relates how, despite the social pressure that single women like her suffer from, "the hardest judgement is not from outside but from within". She explains: "Single women tend to question their own value because society links a partner with the confirmation of a woman's value. Therefore, a partner gives you value and, if you don't have one, you are worthless, literally.... There is a terrible patriarchal cycle here, I'm sick of seeing women questioning their physique, their character, their life.... All because they are single, as if there is something wrong with who they are", she says.

The anthropologist and UAB professor Bruna Álvarez recognises that the social stigma surrounding female singleness "is still very present" and recalls that until a few decades ago "in this country, women needed a man to open a bank account or to get a driver's license, and this is a legacy that still has weight", she says. This expert explains that "the stigma is linked to the basis of social expectations of family. From here there is the idea that a woman alone means no family, and this makes people uncomfortable. It holds a lot of weight in the imagination, the spinster, and therefore shows that we are not at a point of normalisation.

Alvarez also points out that this happens at different stages of life, because there is a singleness "which is that of older women who have separated or divorced and that of those permanently without a partner who receive questions and comments about when they will rebuild their lives, as if having a partner again was a repair of a negative situation". The anthropologist points out that too often people think that "a single woman is a lonely woman, and this is seen negatively", but at the same time she detects that "there are more and more interested people, especially from feminism, who claim singleness as a healthy lifestyle". This is precisely what Núria Viladomat wants to do with her book. She explains that being single has taught her precisely "the value of solitude", since being single "gives you the possibility of spending a lot of time alone and this is a space that when you conquer it in a healthy way, has an incredible impact on your life because you gain freedom". Viladomat also says that solitude in a positive way has made her value much more the affections she has in her life and the people with whom she is exchanging: it is what she calls the affective network which she asks to value. And the fact is that beyond the couple there are affections, relationships, and a whole life.

From Bridget Jones to 'Fleabag', a journey through the referents of popular culture

The anthropologist Bruna Alvarez says that "there is still a lack of references of single, free, fulfilled and happy women that fill the collective imagination". "The idea of the spinster aunt weighs heavily, nobody wants to be one", says this expert. If we look at the references that popular culture has given us through books, series and films in recent years we see that there is some evolution, but still shy. In fact, some icons of female singleness at the beginning of the 21st century were actually very old models. Three paradigmatic examples are Bridget Jones, Carrie Bradshaw and Ally McBeal, the protagonists, respectively, of The Bridget Jones Diaries, of the series Sex in The City and the legendary series of lawyers who bore the name of this young lawyer.

All three were single women, with good jobs, friends and living in stimulating cities. But they all spent much of their time looking for their Prince Charming - who made them suffer, ignored them or preferred others - and the happy ending of all three stories is that they ended up "succeeding" and thus fitting the ideal of finding a partner or becoming mothers. In recent years, however, we have found much more powerful characters, such as the protagonist of Fleabag, the series created by Phoebe Waller-Bridge with a charismatic and brilliant protagonist, or as Rebecca Bunch, of Crazy ex girlfriend, which describes the whole process of the protagonist to leave her obsession with looking for a partner and understand that her emotional well-being and mental health have to come first.

Fiction for single women: is it possible to find a partner?

The English newspaper The Guardian a few years ago reported about the creation of a new category on Amazon. It was the single woman fiction, ie fiction novels for single women, a label that still exists and within which you can find a strange mix: romance novels, series like Buffy, vampire hunter, a book by British Tracey Bloom on romantic revenge, works of Lucia Berlin and books of few men, some of Murakami, but they are an exception. In short, a rather incomprehensible combination that, as the English newspaper article noted, "does not have its male counterpart", i.e. the category for single men simply does not exist. The conclusion of it all is, according to The Guardian, that single women are still a good market to exploit, either in the form of books or series, many of which delve into this negative stigma. Perhaps we should start questioning the need for these labels or the lack of products with new - positive - references for single women. 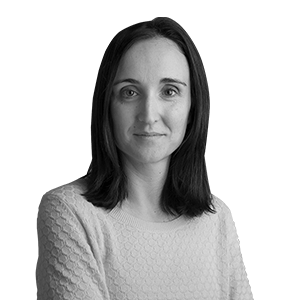