BarcelonaShe arrives at Pla de l'Os in a wheelchair, gets up and walked with crutches until she can sit on one of the chairs. She is dressed in blue, wearing sunglasses, her hands are shaking and she cannot stop crying. Once she is seated, she is handed a framed photograph. It is her son's, Julian, one of those killed in the August 17, 2017 attack in Barcelona, when he was only seven years old. Her name is Jumaine but everyone calls her Jom. Her legs were left shattered by the attack and it wasn't until three days later that she found out Julian was gone. Hers is the most moving, the most terrible image of the tribute paid today to the victims of that attack. The victims lay flowers. Robert Manrique, a tireless fighter for the rights of victims of all terrorist attacks, has come along with his three grandchildren, Dominic and Andrea, four, and Ramses, two, and they too lay a flower. Jom can't stop crying, and everyone she meets tries to console her. It is impressive to think what must be going on inside those people who step on Miró's mural, right where the van that destroyed their lives stopped. Mental strength, integrity, dignity. I remember that in the memorial held on the first anniversary, in 2018, Xavi Martínez was present. He is the father of Xavi, the three-year-old boy who also died. This year he announced on social media that he would not attend. He does not agree with the political management of the attacks nor with the sentence regarding the involvement of the Ripoll jihadist cell. In fact, there is a large group of people who, on the fringes of the event, make their voices heard: "We want to know the truth!" they shout.

"These people just want to have their picture taken," says Maite, who is carrying a banner -"We want truth" - when she sees Barcelona mayor Ada Colau, Catalan president Pere Aragonès, the Spanish parliament's speaker Meritxell Batet, and Spanish ministers Miquel Iceta and Raquel Sánchez, as well as all the other institutional representatives pass by. "How is it possible that such a painful thing cannot be resolved with a minimum of guarantees and respect for victims?" she also asks herself. She shows me a couple of screenshots on her cell phone. One is a tweet by Joaquim Forn, who was Catalan minister of Home affairs when the attacks took place, in which he points out the State still has questions to answer. The other is a recent interview by Josep Lluís Trapero, then head of the Catalan police, in which he rejects any conspiracy theories and highlights the good work of the Spanish intelligence services. "How do you make sense of this?" she concludes.

The street that will never be the same again

And how is the Rambla? I can't help but notice. That street that we all love and that will never be the same again, for it is full of pylons that were not there five years ago. A few emblematic stores have given up – the Xancó shirt shop has been taken over and Capitol Club is gathering dust. Casa Beethoven resists like a miracle, and the aviaries – some converted into quasi franchises or manufacturers of colourful juices – are still expecting to be evicted. One wonders about the memory of those working in these kiosks, those who saw it all five years ago and are still there. In Pla de l'Os all the politicians left immediately. Ada Colau is the only one left, chatting with everyone. Jom has taken off her sunglasses. She thanks those who approach her, talk to her and console her. Someone realises it may be time to get her out of here. She crosses the Rambla on a wheelchair. She holds the photo of a smiling Julian tightly, like someone holding a child.

About forty people rallied this Wednesday at the memorial event to try to boycott it by shouting "We want the truth!", booing politicians and even breaking the minute's silence, when one of the demonstrators shouted: "Let's give Catalonia a little scare!", in reference to statements made by former police superintendent José Manuel Villarejo, and also "Spain is a murderous state, we want the truth, hypocrites!". At the end of the event, the president of Together for Catalonia (JxCat), Laura Borràs, approached these demonstrators, who received her with an ovation and shouts of "President, president!" and encouraged her to "break the government".

In the first institutional event after her suspension as Speaker of the Catalan parliament, Borràs was relegated to the fourth row and sat next to the PP councillor in Barcelona Josep Bou; disrict councillor Jordi Rabassa; local councillors Marc Serra and Eloi Badia and representatives of the Firemen, the Forest Rangers and the land army. In the front row of authorities – who were sitting behind the victims – were Catalan president Pere Aragonès; the Spanish Parliament's Speaker Meritxell Batet; Spanish ministers Miquel Iceta and Raquel Sánchez; mayor of Barcelona Ada Colau; Catalan vice president Jordi Puigneró; and, representing Parliament, the second vice president, Assumpta Escarp. 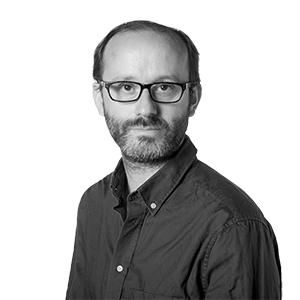