BeirutAdmittedly, the Lebanese know how to make opportunities out of problems, even if the means to do so are not always the most orthodox. The Lebanese socio-economic fabric is built on this formula. The economic collapse of the cedar country has opened up new job opportunities. The double value of the Lebanese pound - the official exchange rate is 1,500 Lebanese pounds for one dollar, while on the black market it can reach 20,000 - has led to a proliferation of dealers, who make "home deliveries" disguised as food deliverers. The figure of the petrol dealer has also been created, who, by paying him a proportion of the amount of fuel he smuggles, saves you from having to stand in the endless daily queues at petrol stations to be able, if you are lucky, to fill up your car due to the fuel crisis.

Beyond the episodes of roguery, corruption is so entrenched in the bowels of the Lebanese state that it is culturally acceptable. On a small scale, neighbourhoods are controlled by a local warlord who has control of private generator mafias, internet services, water truck distribution and butane cylinders. On a larger scale, the former warlords-turned-politicians maintain the territorial control they had in the civil war (1975-1990), which is sometimes stronger and more effective than the state itself.

The figure of the petrol dealer has also been created, who, by paying him a proportion of the amount of fuel he smuggles, saves you from having to stand in the endless daily queues at petrol stations

This outrageous abuse of power by the ruling elite, never having been afraid of the consequences, has brought Lebanon to total collapse. "The economy, job opportunities, social benefits and sometimes medical care, not to mention investment opportunities in public spaces - almost everything is still dominated by this ruling mafia", says Jad Ajawi, a veteran Lebanese journalist. "Corruption and clientelism, that's the Lebanese system. When the state is absent and there is no security apparatus to enforce the law and protect people, the mafias take control of everything", he exclaims.

Lebanon is caught in one of the world's worst financial crises since 1850, struggling with shortages of fuel, bread and medicine. This situation has led the Central Bank to take the decision to eliminate subsidies for fuel imports because its dollar reserves were literally running dry. A move that has been censured by the Lebanese government and has put the president of the Bank of Lebanon, Riad Salameh, in the spotlight.

By maintaining a semi-official exchange rate for buying imported fuel well below market prices, the middlemen and gas station owners were not making any profit. So, underhandedly, and for the profit of some politicians, part of the imported gasoline has been hidden to be smuggled into Syria, while fuel is rationed in Lebanon, which has provoked a new crisis, coming at a time when the Lebanese depend almost exclusively on private generators for electricity, since there are 20 hours of power outages. The blame, once again, lies with the politicians who have used the fuel crisis to benefit themselves.

Underhandedly, and for the profit of some politicians, part of the imported gasoline has been hidden to be smuggled into Syria, while fuel is rationed in Lebanon

Many Lebanese have been accusing Hezbollah of being behind the smuggling of fuel across the Syrian-Lebanese borders. However, the tragic explosion of a fuel tank stored in an illegal warehouse in a municipality in Akkar, near Syria - which killed more than 33 people and left 80 injured, some very seriously - has exposed a corruption scheme involving different political groups. "The Lebanese authorities have once again dirtied their hands with blood and their response has been silence", Ajawi criticised. After this disgraceful incident, the army has taken action and overnight discovered hundreds of clandestine petrol stores and decided to distribute it among the desperate Lebanese.

The control of fuel has become "a political weapon to win support in the next elections (scheduled for May 2022)", says Ajawi. The past few months have seen some political parties brokering the supply chain between fuel distributors and buyers in their areas of influence to consolidate their patronage. An example of this was recently provided by former Prime Minister Saad Hariri's Future Movement, which announced in July that it had secured 88,000 litres of diesel for redistribution to residents of Hamra, west of Beirut, the Hariri family's fiefdom. And, without a hint of shame, Lebanese politicians openly say that, in the absence of government policies, "using their connections to try to secure diesel is the least an MP can do". 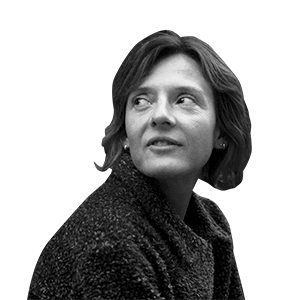 Lebanon Near East
Most popular