"Barcelona or death": Senegalese youth lose their fear of the ocean

Mbour (Senegal)Senegal's main newspapers are displayed outside a roadside shop, pinned up with clothes pegs so that the wind from the Sahel won't blow them away. The vendor, a man with a serious demeanour, points to them and picks one up. “L'Observateur is the most widely read newspaper in the country". A headline on the front page stands out: "The impossible mourning of the families of migrants missing at sea". On page nine is the report, which talks to the families of some of the young Senegalese who drowned in the Atlantic at the end of October, after the engine of the skiff they were using to try to reach Spain exploded and caught fire. An estimated 100 boys lost their lives, and most of the bodies were never recovered. "I will never be able to show my children their father's grave," reads one of the highlights.

Mamadou Thiam, a historian-turned-tour guide, looks at the paper and sighs. "This. This is a pandemic," he exclaims. "Look wherever you want, ask whoever you want: everywhere you will find young people who want to get on a skiff to go to Europe".

And Mamadou is right. He accompanies himself us to the coastal town of Mbour, some 80 kilometres south of Dakar - the capital of Senegal - the place where the boat that ended up exploding in the middle of the ocean on 23 October left from. It is 11 o'clock in the morning and on the main beach hundreds of men are working surrounded by skiffs, the fishing boats that are characteristic of West Africa and are often used to make the journey to the Canary Islands.

Look wherever you want, ask whoever you want: everywhere you will find young people who want to get on a skiff to go to Europe ”
Mamadou Thiam Historiador reconvertido en guía turístico

“Monsieur, monsieur" shout a group of boys who can't be more than twenty years old. We introduce ourselves, and when they know that this journalist comes from Barcelona, they become exalted, between euphoria and anxiety. “Barça ou Barsax; Barça ou Barsax" one of them repeats. Mamadou explains the meaning of these words. “Barça is Barcelona, and Barsax means death. It is an expression used by young people who are determined to make the route to Spain. Either they reach Barcelona or they die at sea". Indeed, all of them, except for two boys - and there are about ten of them - say they are ready to do it. They explain that everyone here knows someone who has risked their life at sea, that some make it and some don't, but they assure us that death doesn't scare them. "We are fishermen. We've lived in the sea all our lives and we've mastered it," proclaims one of the young men, who calls himself Petit. Together with a boy wearing a Lakers T-shirt, they tear the old wood off one of the fishing boats and replace it with new sheets.

Tell the TV stations over there that we're coming, and that we just want to work ”
Petit Senegalese youth

Petit lowers his voice and slaps his hand twice on the hull of the boat, where he has painted a Barça crest. "Look," he says. "When we get it repaired, we'll leave for Spain. In September." His friend nods. "Tell the TV stations over there that we're coming, and that we just want to work."

The impact of the pandemic

Last autumn, the images of the dock of Arguineguín, in the south of Gran Canaria, with thousands of people huddled in makeshift camps after arriving by skiffs to Spain territory, put the spotlight back on the West African migratory route. In 2020, the year of the pandemic, records were set: 745 skiffs with over 23,000 people managed to reach the archipelago coming from the African coasts, mainly from Senegal, Mauritania, Morocco and Western Sahara. The figure was 750% more than in 2019, when around 1,400 people arrived on the islands.

The number of deaths also soared: whereas 413 people died in 2019, in 2020 this figure at least doubled. The organisation Caminando Fronteras, in fact, estimates that 1,851 people lost their lives. But the number of victims is always incomplete, because many drown and are never recorded anywhere.

Despite the fact that this route has been in operation for decades - the first boat wreck was documented in 1999 - there are new factors that help to understand the growth of the last few months. First, there is an underlying problem that has been worsening in recent years. Senegal, like other countries in the region, has seen key sectors of its economy suffer a clear deterioration: from fishing, especially punished by the presence of large foreign companies that exploit the African seas and leave local fishermen without fish; to livestock and agriculture, also conditioned by foreign interests and victims of an increasingly extreme climate that often makes a future working the land impossible.

Secondly, there is the pandemic, which has aggravated the old problems. Although the incidence of the virus in many African countries has not been comparable to that in Europe - Senegal has so far recorded some 40,000 cases and just over 1,000 deaths - the economic blow is enormous. Not only because it will further impoverish people who were already living from day to day, but also because it has hit another of Senegal's economic engines: tourism.

The Kermel market, located in the heart of Dakar, is a case in point. Around the building, built in 1860 under French rule, is a maze of shops selling souvenirs. The insistence of the sellers for us to buy anything at any price is evidence that they have been expecting international visitors for a long time. Inside the market, with stalls selling fish, meat, fruit and vegetables, the mood of frustration is similar. "Many shops have closed," says a young man as he offers us prawns, or sardines, or squid. "Many of our customers were restaurants and hotels that with the coronavirus have had to close because there is no tourism," he laments. A few weeks ago, 14 people who worked here left for Europe. They sent us a whatsapp telling us that they had arrived, but that four of them had died on the way". And then he utters the phrase that resonates among thousands of Senegalese: "If I find a skiff, I'm leaving for Spain tomorrow".

But the link between covid-19 and the reactivation of the crossing to the Canary Islands goes even further. Measures to curb the virus in Africa, such as border closures, have made other migratory routes to Europe less accessible, such as those leaving from Libya, Algeria and especially Morocco, one of the countries on the continent that has opted for tougher restrictions against the pandemic. Moreover, seeing Europe shaken by the disease has also contributed to rumours. One of the most widely circulated is that European countries need manpower to cover deaths from covid-19. Another is that African workers are more sought after because they are considered more resistant to the virus.

The pandemic has helped the circulation of rumours, such as European countries needing manpower to cover deaths from covid-19

Losing the fear of dying

In a courtyard house in Nianing, a village in southern Senegal, Babakar, a 35-year-old father, looks over fishing nets and mends them. He does it slowly and gently, as if nothing in the world is more important now. Three months ago he attempted the crossing. He was the captain of the and on board were 89 people, most of them young people who lived in this very village. As is customary, they left at night, without saying anything to anyone. Not only to avoid being discovered by the authorities, but also because if they explain it at home, the families do everything they can to avoid it. "I used to make a good living: the sea gave us a lot, but it gives us less and less. I decided to leave for the sake of my children," he excuses himself.

With a broken voice, he says that they wanted to go along the coast to the north of Mauritania and from there, cross the ocean to Las Palmas. "But after five days we ran out of water and had very little food. People started dying on board. Of the 89, 50 died, mainly from thirst. The survivors were throwing the bodies into the sea, until they were arrested by the Mauritanian authorities, who took them ashore and then deported them back to Senegal. He was able to return to Nianing, but the horror of those days, he says, will stay with him for the rest of his life. "I have had panic attacks and sometimes I need to run away from home," he says.

Accounts like Babakar's show how normal it is to live with the massacre of young people trying to earn a new future on the dangerous journey. The problem, as a group of elderly people discussed in a recent talk in Dakar, is that the new generations in Senegal are so afraid of the lack of future prospects that they are no longer scared of death. It also helps that the false narrative that life is easy in Europe has won out: that those who leave come back rich or, at least, find work with some ease

It is precisely this illusion that made Sherksen's brother decide to leave, a 35-year-old man who four months ago took a skiff to Spain without telling anyone. "He had a job here, he worked as a bricklayer and was the family breadwinner. But he had always thought that if he wanted to prosper he had to go to Europe," admits Sherksen, the younger brother, who recalls that he also left behind his wife, his two children and a house that was being built. "To me he said he would be gone for a few days, that he had to go get his son's birth certificate," he adds. They didn't hear anything for two weeks, until a family friend called them: "Your brother has taken a skiff to Spain". Five days later, and after scouring heaven and earth to contact the captain of that boat, Sherksen received a whatsapp message. "Your brother died of thirst on board the skiff. We had to throw his body into the sea."

This is part of an ARA series on Senegal. Other articles deal with multinational fishing companies present in Senegal and those who want to stay and change the country.

The young people who want to stay and change Senegal
Senegal: somebody else's sea 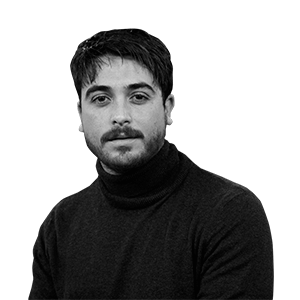