Barcelona"It's such a shock, this is crazy," says Carla Simón (Barcelona, 1986), who speaks to ARA a couple of hours after winning the Golden Bear at the Berlin Film Festival with Alcarràs. The triumph is historic and consecrates her as the great Catalan filmmaker of her generation and one of the main young directors in European cinema today. Her career, fortunately, has only just begun.

After you finished Summer 1993, you had two projects lined up and you went for the most difficult of the two. How do you feel now, after winning the Golden Bear?

— That it was worth it. When you do things from the inside and you trust in the fact that what you want to explain makes sense, magical things happen. I was talking about it now with the co-writer, Arnau Vilaró, and also with the director of photography, Daniela Cajías, and the editor, Ana Pfaff, with whom I have been working for many hours. We have put a lot of effort into making this film, it is a very difficult project and everyone who has worked on it knows it. We had to think a lot and prepare a lot of things, it didn't come out by chance.

"We have sweated to make this film, it has been a very difficult project." ”

Who are you thinking about the most at this moment? Your grandfather, perhaps, who was the first spark of the story?

— Yes, my grandfather and my uncles, who are still growing peach trees today. For them all this is very tough. When I explained to them that I wanted to make a film about them, they didn't understand. "What do you want to explain, from here?" they said. They didn't think there was anything interesting to portray about their world. But I made them understand that I thought it was very powerful cinematically. And they still haven't seen the film! I really want to go back and show them the film.

In Alcarràs the awards ceremony has been followed from a giant screen and they have celebrated as if they had won the award too. And it's a bit like that, isn't it?

— Yes, the town and in general the whole area and its farmers. The actors in the film were also at that celebration, the ones who had not been able to travel to Berlin and those who did, who have returned today and who went there directly to experience it all together. I haven't spoken to them yet, but I can tell it was crazy.

"We women have to make films and tell our stories." ”

You have said before that you grew up without knowing female directors, that most of them were men. What would you say now to a girl who dreams of being a director?

— That they don't think about it, that they can explain whatever they want. It is clear that being a woman you can make films, and we have to make films and explain our stories. This year has shown that, since Cannes, all the big festivals have been won by women. And now me! It's incredible.

A few days ago you were worried about the reception of a film which is so different to Summer 1993. When did you start to believe that Alcarràs could be what it turned out to be?

— I don't know, just now! The reception of the premiere on Tuesday was very warm, but the fact that this year the festival is so compressed has meant that I haven't been able to digest it yet. Besides, I've spent the last two days doing international interviews, I guess I'll be digesting it over the next few days.

Catalan-language cinema is at an all-time low in terms of production, and yet you've been able to make your two films in Catalan. Has it been very difficult?

— Not really, and that's thanks to the fact I have had producers who also believed that these stories made sense in Catalan and that they had to be explained that way. This shows that cinema is a great tool for exporting culture. With Summer 1993 I felt that there were people who discovered the existence of Catalan thanks to the film, and I hope that this will happen again now, that thanks to Alcarràs many people discover the language. In the end, stories are stories, we are all human beings and we identify with the same thing, and the language they are told in doesn't matter.

At the press conference you said you wanted to shoot the next film soon. How soon?

— Not very soon, because first I have to become a mother [Simón is four months pregnant] and see how I handle this work and a child. But the project is very much on track to be shot next year or maybe the year after, we'll see. We won't have to wait five years like we did with Alcarràs. 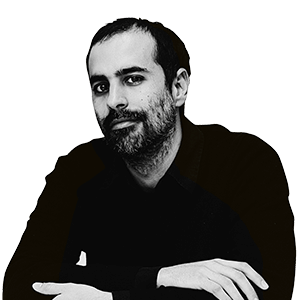